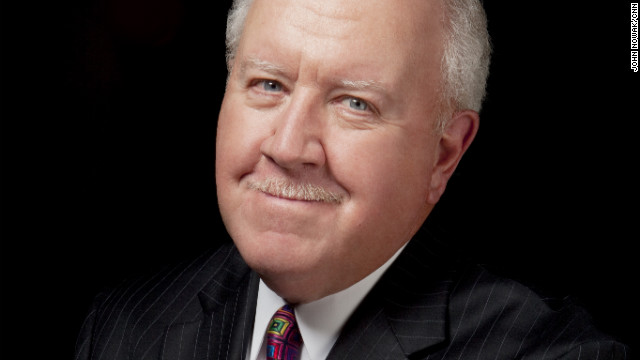 Editor's note: CNN senior executive producer Michael Schulder had the chance to chat many times with Jim Huber when their paths crossed at the CNN offices in the 1980s. He wishes he'd gotten to know Huber better.

Once you get Jim HuberŌĆÖs voice in your head, you can never get it out.

Who would want to?

Jim Huber wrote lullabies that could open your eyes.

His essays on sports and life were short.┬Ā But never rushed.

And, before I even Googled him Monday night, as soon as we learned he had died at the age of 67, I knew that no matter what sample of his work the Internet giantŌĆÖs algorithm spun out, I would feel┬Āas if┬ĀI were learning something nobody else had ever conveyed.

Golf was HuberŌĆÖs main beat for many years.┬Ā He saw way beyond the fairway.

So when a 22-year-old Irishman named Rory McIlroy won the U.S. Open last year - just two months after going into the final round of the Masters with a huge lead, only to self-destruct in the final holes -┬ĀHuber captured the magnitude of the comeback.