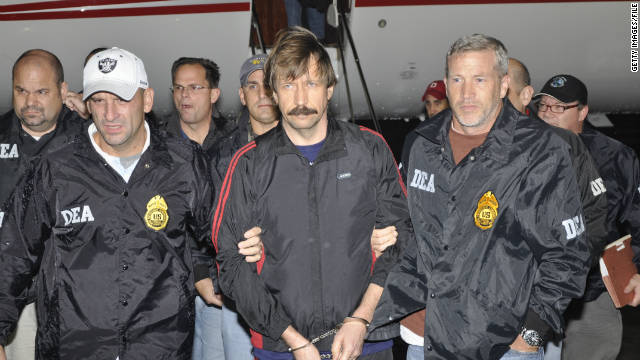 Convicted Russian arms dealer Viktor Bout was sentenced Thursday to 25 years behind bars by a federal court in New York.

Last year Bout, who's been dubbed "the merchant of death" by his accusers, was convicted on four counts of conspiracy to kill Americans, acquire and export anti-aircraft missiles and provide material support to a terrorist organization.

He had faced the possibility of life in prison.