The US puts sanctions on the Saudi Rapid Intervention Force known as the "Tiger Squad" and on a Saudi former intell‚Ätwitter.com/i/web/status/1‚Ä¶ND

A long-awaited declassified US intelligence report on the killing of journalist Jamal Khashoggi finds the Saudi Cro‚Ätwitter.com/i/web/status/1‚Ä¶5I

More new research suggests a single dose of the Pfizer/BioNTech coronavirus vaccine can protect against asymptomati‚Ätwitter.com/i/web/status/1‚Ä¶DU 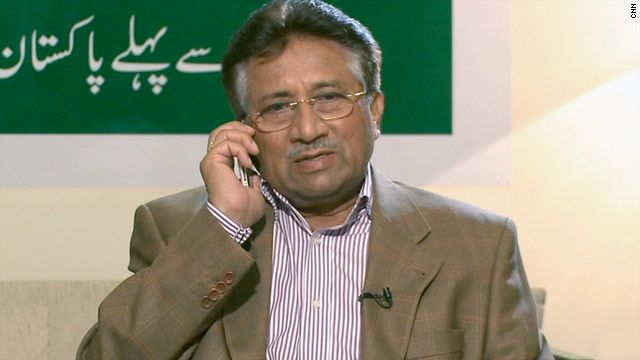 Pakistan's former president appeared on CNN's "Anderson Cooper 360¬∞" on Monday evening, offering a curious, if not contradictory account of his¬Ýviews on Osama bin Laden's whereabouts in recent years. A key ally in the U.S. war on terror until his ouster in 2008, Musharraf said he‚Äôd always known that bin Laden was in either Afghanistan or Pakistan. That remark drew protests from host Anderson Cooper who insisted that Musharraf always denied that¬Ýhis country¬Ýwas harboring the terrorist.

‚ÄúAnyone who said (bin Laden‚Äôs) in Pakistan also didn't have the intelligence (to prove it)," Musharraf said. ‚Äú(Bin Laden being in Pakistan) was not based on any intelligence. It was guesswork."

Musharraf then blamed intelligence sources for the fact that bin Laden was in an urban area, so close to the Pakistan Military Academy and the capital of Islamabad - not in an Afghan cave, as many had speculated. Second-guessing Pakistan‚Äôs cooperation¬Ýin the war on terror only destroys trust between Pakistan and the U.S., he said.

‚ÄúWe cannot indicate in any form that we are willing to compromise on our sovereignty like that,‚Äù he said.

END_OF_DOCUMENT_TOKEN_TO_BE_REPLACED

The name of Mary Jackson, NASA's first African American female engineer and one of the barrier-breaking inspiration‚Ätwitter.com/i/web/status/1‚Ä¶eI
cnni

11:03 pm ET February 26, 2021 RETWEET
With the combination of celebrity book clubs and a seemingly endless number of streaming services looking for conte‚Ätwitter.com/i/web/status/1‚Ä¶Ci
cnni

10:32 pm ET February 26, 2021 RETWEET
"Currently, there are simply too many unknowns to guarantee protection from SARS-CoV-2 at the 2021 Summer Games, sh‚Ätwitter.com/i/web/status/1‚Ä¶WC
cnni

9:10 pm ET February 26, 2021 RETWEET
A woman came across a decades-old photo 15 years ago in a book she bought at a used book store. Hoping to share th‚Ätwitter.com/i/web/status/1‚Ä¶NC
cnni