Two of the three women rescued from a Cleveland home where they'd been held for about a decade or more returned home Wednesday while police readied charges against the men accused of keeping them captive.

Well-wishers from the neighborhood cheered as a gray van carrying Amanda Berry and the 6-year-old daughter she gave birth to during her captivity pulled up. The porch was decorated with balloons and stuffed animals and draped with a red banner that read, "Welcome home Amanda."

"We are so happy to have Amanda and her daughter home," her sister, Beth Serrano, told reporters. "I want to thank the public and media for their support and courage over the years." 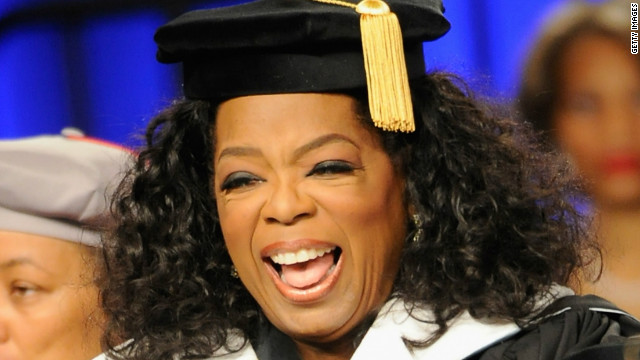 A former assistant to Lance Armstrong and his cycling team who first told her tale of the team's alleged doping abuses nearly a decade ago says her goal has never been to bring the legendary cyclist down.

"I'm hoping and in the long term think it will be good for cycling and it will be good for the riders involved in cycling because I think that now more than ever, this is the opportunity for riders to have the choice to ride clean and stay clean if they choose to," Emma O'Reilly said in an interview to be aired Friday on CNN.

O'Reilly worked with Armstrong for two years as a U.S. Postal Service team soigneur: part masseuse, part personal assistant. She is one of 26 witnesses who testified to the U.S. Anti-Doping Agency as part of its investigation into doping by Armstrong and other riders on the team.

In its report, released Wednesday, the organization tasked with keeping banned substances out of U.S. Olympic-sanctioned sports said it had uncovered "overwhelming evidence" that Armstrong had participated in and helped run the cycling team's doping program.

In fresh fallout, the International Olympic Committee said Friday that it also is examining the USADA's evidence to decide whether it should consider taking away the bronze medal Armstrong won in the 2000 Sydney Olympics, according to spokesman Andrew Mitchell.

And the RadioShack Nissan Trek cycling team announced Friday that it was parting ways with Johan Bruyneel, who managed the U.S. Postal Service and Discovery racing teams on which Armstrong raced.

[Updated at 3:03 p.m. ET] Adam "MCA" Yauch, a founding member of the pioneering rap band the Beastie Boys, has died after a nearly three-year battle with cancer, the band's publicist said Friday. He was 47.

Yauch revealed in July 2009 that he had surgery for cancer in a salivary gland and a lymph node.

What is salivary gland cancer?

Yauch's death comes less than a month after the Beastie Boys were inducted in the Rock and Roll Hall of Fame in Cleveland. Because of his fight with cancer, Yauch did not attend, Rolling Stone magazine reported.

The Beastie Boys - Yauch, Adam "Ad-Rock" Horovitz and Michael "Mike D" Diamond - did not perform that night. But Horovitz read a letter from Yauch to the audience.

"I'd like to dedicate this to my brothers Adam and Mike," Yauch wrote, according to Rolling Stone. "They walked the globe with me. It's also for anyone who has ever been touched by our band. This induction is as much ours as it is yours."

Yauch's cancer delayed the release of the band's most recent album, "Hot Sauce Committee Part Two," for two years. It was supposed to come out in 2009 but instead was released in spring 2011.

The Beastie Boys' debut album, 1986's "Licensed to Ill" - featuring the singles "(You Gotta) Fight for Your Right (to Party)," "No Sleep Till Brooklyn," "Paul Revere" and "Brass Monkey" - was the first rap album to reach No. 1 on the Billboard album charts.

Yauch was a founding member of the group, which played for the first time at his birthday party in 1981, according to the bandâ€™s Facebook page.

He converted to Buddhism in the 1990s after visiting Nepal and hearing the Dalai Lama speak in Arizona, he told the Buddhist magazine Shambhala Sun in 1995.

As a Buddhist, Yauch became an advocate for Tibetan freedom, organizing concerts involving the Beastie Boys and other acts to raise money for the cause, including the first Tibetan Freedom Concert in 1996. Several similar concerts followed.

Sexting may not be as widespread as thought, study says

Few minors are appearing in, creating or sharing sexually explicit images, according to a new study that counters recent research depicting "sexting" as a more widespread phenomenon for American youth.

The study, released Monday by the journal Pediatrics, found that 1% of minors over the age of 10 had taken explicit pictures of themselves or someone else and that 5.9% had received such images, according to the authors, researchers from the Crimes against Children Research Center at the University of New Hampshire.

In all, 9.6% of minors between 10 and 17 reported appearing in, creating or receiving "sexually suggestive" images that didn't necessarily involve nudity, the study said.

"In the face of some widely cited, but flawed, studies claiming to show as many as 1 in 5 youth 'involved in sexting' these results are to some extent reassuring," the authors said. "Only a low percentage of young people are appearing in or creating sexting images that could be considered illegal child pornography. Moreover, few of these images were being forwarded or posted, situations that could put youth at risk for having their images circulated online."