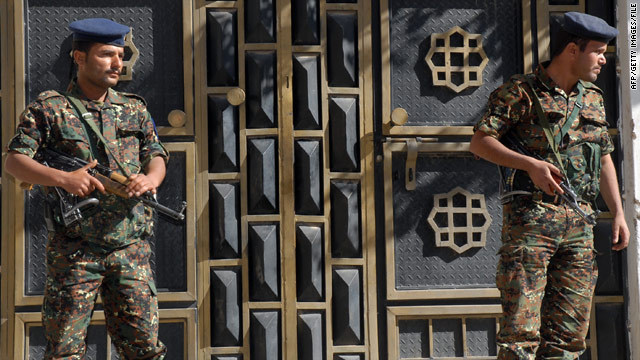 Saudi king on way to U.S. for blood clot treatment

Saudi Arabia's King Abdullah left Monday for the United States for treatment of a herniated spinal disc and a blood clot that is causing him back pain, state media said.

The monarch's departure had been anticipated.

"The medical team recommended that that he leaves to the U.S. to visit a spine-specialized medical center in order to complete medical examinations and for follow-up treatment," Health Minister Abdullah al-Rabeeah said during an interview Sunday with Saudi state television. "But I assure everyone that he is in a stable condition, and that he is enjoying health and well-being, and God willing, he will be back safe and sound to lead this proud nation."

A 12-year-old Yemeni bride died of internal bleeding following intercourse three days after she was married off to an older man, the United Nations Children's Fund said.

The girl was married to a man at least twice her age, said Sigrid Kaag, UNICEF regional director for the Middle East and North Africa.

Her death is "a painful reminder of the risks girls face when they are married too soon," Kaag said Thursday.

END_OF_DOCUMENT_TOKEN_TO_BE_REPLACED

Amnesty International is calling on Saudi Arabia's King Abdullah to stop the execution of a Lebanese man sentenced to death for "sorcery."