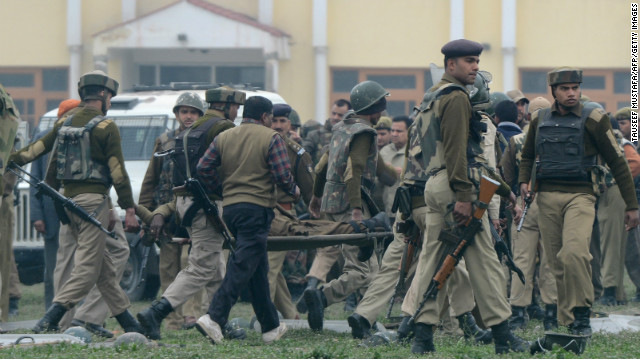 Indian paramilitary personnel carry away a fallen comrade in Srinagar on Wednesday.
March 13th, 2013
04:55 AM ET

It was the first attack in the city of Srinagar in at least three years, CNN's sister network IBN reported.

It comes a month after the execution in India of a militant from Kashmir, who led an attack on the nation's parliament in 2001, killing nine people.

@IAMANITABAKER @jamiegangel We are trying to be like you and â€śgiving you the best that [we] gotâ€ť. Yeah I went there . Couldnâ€™t help myself.
sarasidnerCNN

10:45 am ET December 8, 2021 RETWEET
Parents of the social media generation are not OK -- as they struggle to understand and navigate the potential harmâ€twitter.com/i/web/status/1â€¦tb
cnni