A second horse this month has been euthanized at Santa Anita Park in California. Nearly 40 racehorses have died atŌĆtwitter.com/i/web/status/1ŌĆ”no 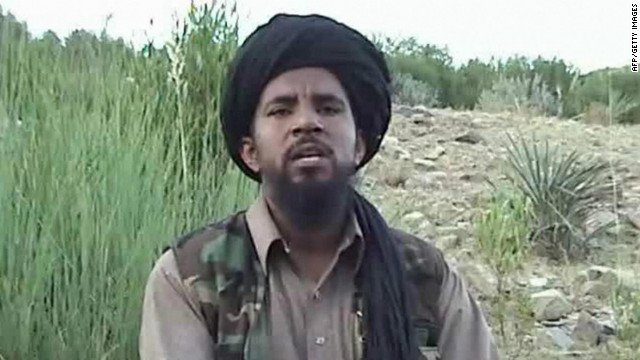 Abu Yahya al-Libi appeared frequently in videos on the Internet, including one in 2006 by an al Qaeda-linked media group.
June 5th, 2012
01:27 PM ET

[Updated at 1:27 p.m. ET] Abu Yahya al-Libi, the second most senior leader of al Qaeda, has been killed by a U.S. drone strike in Pakistan, a U.S. official said Tuesday.

His death marks one of the most significant blows to al Qaeda since the U.S. military killed Osama bin Laden in a daring nighttime raid in Pakistan a year ago. Al-Libi was second-in-command behind al Qaeda leader Ayman al-Zawahiri, who took the helm after bin Laden's death.

The drone fired at least six missiles at a militant compound near the town of Mir Ali in the North Waziristan region near the Afghanistan border. The attack left 15 militants dead and three others wounded, a U.S. official said earlier Tuesday.

Al Qaeda will have a hard time replacing al Libi, according to the U.S. official who said al Libi was dead. "There is no one who even comes close in terms of replacing the expertise (al Qaeda) has just lost," said the U.S. official, who spoke on the condition of anonymity.

[Initial post, 8:04 a.m. ET] Abu Yahya al-Libi, the No. 2 man in al Qaeda and a longtime public face of the terror network, has been targeted by a drone strike in Pakistan's tribal region, a U.S. official said Tuesday.

Investigators are trying to determine whether al-Libi was injured or killed in the Monday hit, which left 15 militants dead and three others wounded, the official said. Intelligence officials may find out al-Libi's fate only from monitoring websites and chatter, according to the official.

The drone fired at least six missiles at a militant compound near the town of Mir Ali in the North Waziristan region near the Afghanistan border.

It was the third such deadly attack in as many days and the 21st suspected U.S. drone strike in Pakistan this year in the fight against al Qaeda.

The recent seizure by U.S. and other intelligence agents of an explosive device designed to be secretly carried aboard an airliner by a suicide bomber has put one of al Qaeda's master bomb-makers back into an international spotlight.

U.S. officials havenŌĆÖt said whether they believe Ibrahim al-Asiri ŌĆō the chief bomb-maker for Yemen-based al Qaeda in the Arabian Peninsula - built the device, which they say was recovered two weeks ago after a tip from Saudi Arabia.

But U.S. officials say┬Āthe group┬Āis responsible, and that the device is an evolution of the bomb that was used in a failed attack on a Christmas Day 2009 flight to Detroit ŌĆō a bomb that U.S. officials believe al-Asiri built.

ItŌĆÖs not clear how the most recent bomb differed from the so-called underwear bomber's┬Āapparatus in that 2009 incident. A U.S. official said that like the earlier device, it was ŌĆ£non-metallicŌĆØ and therefore harder for airport security scanners to detect. But itŌĆÖs ŌĆ£clear that AQAP is revamping its bomb techniques to try to avoid the cases of the failure of the 2009 device,ŌĆØ the official said.

Regardless of whether al-Asiri made the latest bomb, U.S. intelligence officials believe heŌĆÖs one of al Qaeda in the Arabian Peninsula's┬Āmost dangerous operatives.┬Ā They┬Ābelieve the device comes from the group, and that al-Asiri has┬Ābeen involved in at least three of the group's┬Āinternational bomb plots:┬Ā a failed 2009 attempt to kill Saudi prince Mohammed bin Nayef; the failed 2009 Christmas airplane bombing; and a foiled 2010 attempt to send printer bombs to the United States aboard cargo planes.

END_OF_DOCUMENT_TOKEN_TO_BE_REPLACED

The United States published several documents online Thursday that it seized during the raid that killed Osama bin Laden in Pakistan last year.

The Combating Terrorism Center at West Point published the papers on its website.

They are among the more than 6,000 documents U.S. Navy SEALs seized during their raid on bin Laden's compound in Abbottabad, Pakistan, in May 2011. Among the revelations from that larger batch of documents is that bin Laden worked until his death to organize another massive terrorist attack in the United States, even while steering affiliated groups away from using the terror network's name so they would not attract as many enemies.

The documents were found on the five computers, dozens of hard drives and more than 100 storage devices, such as thumb drives and discs, confiscated from the compound after bin Laden was killed.

The al Qaeda terror network is weakening and the embattled Afghan government is making modest strides, but cyber security threats are on the rise and Iranian nuclear aspirations remain a major peril.

These are among the main themes in the annual U.S. intelligence community's threat assessment, a sweeping 31-page document released Tuesday that touches on a range of issues across the globe.

"The United States no longer faces - as in the Cold War - one dominant threat," Director of National Intelligence James Clapper said in prepared testimony to the Senate Select Committee on Intelligence, which will meet on Tuesday to discuss the report.

He said "counterterrorism, counter-proliferation, cyber security and counter-intelligence are at the immediate forefront of our security concerns" and that the "multiplicity and interconnectedness of potential threats - and the actors behind them ... constitute our biggest challenge."

END_OF_DOCUMENT_TOKEN_TO_BE_REPLACED

Al Qaeda is weakened and might be spreading out further, but remains a significant threat to the United States, the nation's top intelligence officials told a congressional committee Tuesday.

CIA Director David Petraeus, the former military commander in Afghanistan who made his first congressional appearance as a civilian at the rare joint hearing by the intelligence committees of the House and Senate, said al Qaeda was far weaker today than it was 10 years ago at the time of the 9/11 attacks due to the killing of Osama bin Laden and other successful attacks on leaders in Pakistan and Afghanistan.

According to Petraeus, the "heavy losses to al Qaeda senior leadership appear to have created an important window of vulnerability for the core al Qaeda in Pakistan and Afghanistan," and the United States will need a "sustained focused effort" to exploit the opportunity.

"Some mid-level leaders and rank-and-file al Qaeda members may increasingly seek safe haven across the border in Afghanistan or decide to leave South Asia," Petraeus said, adding that "even in decline with its core leadership having sustained significant losses, al Qaeda and its affiliates still pose a very real threat that will require" continued U.S. focus and dedication "for quite a while."

He called al Qaeda in the Arabian Peninsula, a Yemen-based affiliate, the most dangerous of the group's various "nodes."

At the hearing, Director of National Intelligence James Clapper also said that despite U.S. successes against al Qaeda, the group remains a threat. 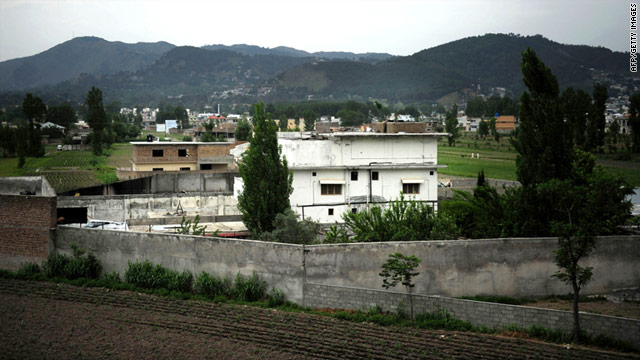 Pornography was found in a raid of Osama bin Laden's compound in Pakistan last week that led to his death, a source familiar with the materials said.

The material was sexually explicit, the source said.

The source would not discuss exactly where it was found, what it was, or if it is believed to be the al Qaeda leader's or belonging to someone else living in the compound, like the two couriers or bin LadenŌĆÖs son.

Two videos and an audiotape of a terrorism interrogation that were found by the CIA in 2007 show September 11 suspect Ramzi Bin al-Shibh, a knowledgeable U.S. source told CNN on Tuesday.

On the tapes, Bin al-Shibh is seen sitting at a desk answering questions, according to the source, who said the tapes do not show any use of "enhanced interrogation" techniques such as waterboarding.

CNN reported several years ago that the tapes were found under a desk at the CIA.

An October 2007 letter from federal prosecutors to U.S. District Judge Leonie Brinkema confirmed the existence of the tapes. However, the letter did not reveal the identity of the person being interrogated. END_OF_DOCUMENT_TOKEN_TO_BE_REPLACED

President Barack Obama's nominee to be the nation's chief spy has been left waiting in the wings while Congress tries to complete work on a new intelligence bill that is being held up by House Speaker Nancy Pelosi.

David Gompert, the acting director of national intelligence, has informed Congress he is resigning at the end of August regardless of whether the new nominee for the post is confirmed, a U.S. intelligence official told CNN.

If Gompert leaves before a new director is appointed, the No. 3 official in the agency - Gen. John Kimmons - would temporarily assume the top post.

END_OF_DOCUMENT_TOKEN_TO_BE_REPLACED

5:29 pm ET January 18, 2020 RETWEET
Evelyn Yang reveals she was sexually assaulted by her doctor when she was pregnant. @DanaBashCNN reports. cnn.com/2020/01/16/polŌĆ”
sarasidnerCNN

9:59 am ET January 18, 2020 RETWEET
A huge section of warm ocean water in the northeast Pacific Ocean dubbed "the Blob" killed as many as one million sŌĆtwitter.com/i/web/status/1ŌĆ”rI
CNNweather