RT @CNN: More than a million cases of the novel coronavirus have been confirmed worldwide while authorities in the United States continue iŌĆ” 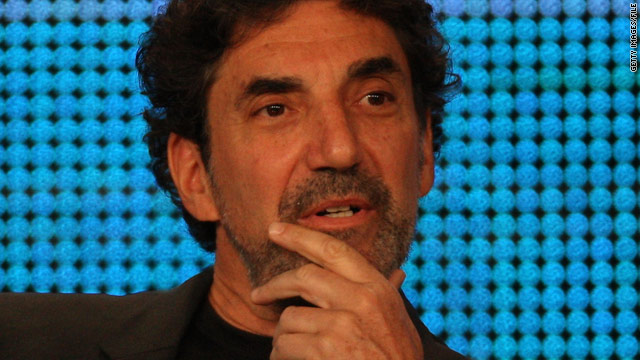 The ŌĆ£Two and a Half MenŌĆØ creator has not hesitated to provoke troubled actor Charlie Sheen. According to Zap2it Columnist Rick Porter, Lorre recently used vanity cards displayed at the end of the CBS program to comment on the actorŌĆÖs behavior. After the February 14 program aired, LorreŌĆÖs closing remarks read: ŌĆ£I exercise regularly. I eat moderate amounts of healthy food. I make sure to get plenty of rest. ŌĆ” I donŌĆÖt do drugs. I donŌĆÖt have crazy, reckless sex with strangers. If Charlie Sheen outlives me, IŌĆÖm gonna be really pissed.ŌĆØ Sheen is not LorreŌĆÖs first headache. HeŌĆÖs worked with Roseanne Barr, Cybill Shepherd, and in the mid-90s he created ŌĆ£Grace Under Fire,ŌĆØ starring Brett Butler, who had substance abuse issues.
END_OF_DOCUMENT_TOKEN_TO_BE_REPLACED

RT @brianstelter: CNN anchor @BrookeBCNN has tested positive for coronavirus. "I am OKAY," she wrote on Instagram. "It came on suddenly yesŌĆ”
sarasidnerCNN

1:25 pm ET April 3, 2020 RETWEET
In France, they are calling it the "guerre des masques" -- the war of the masks. Some French officials have even alŌĆtwitter.com/i/web/status/1ŌĆ”DA
cnni

1:12 pm ET April 3, 2020 RETWEET
Chinese authorities sentenced a man to 18 months in prison after he was found guilty of lying about traveling to noŌĆtwitter.com/i/web/status/1ŌĆ”PF
cnni