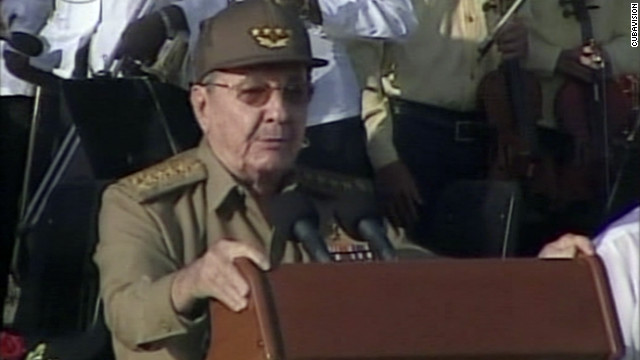 Cuban President Raul Castro said Sunday that he would step down from power in 2018, when his second term as president is set to end.

"I would like to make clear ... this will be my last term," he said during a televised speech.

The announcement came shortly after the country's National Assembly re-elected Castro to a second five-year term and tapped Miguel Diaz Canel to be first vice president. 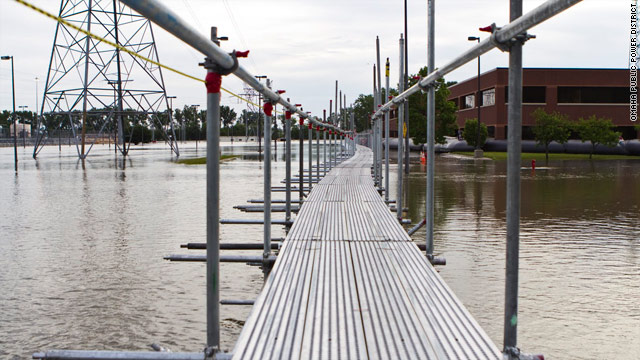 Employees at the Fort Calhoun Nuclear Station in Nebraska use walkways to get around floodwaters surrounding the plant.
June 28th, 2011
11:28 AM ET

Tough day at the office for Nebraska nuclear plant workers

Think you have a bad commute? It's nothing compared with the one that several hundred employees have at the Fort Calhoun Nuclear Station near Omaha, Nebraska.

The toughest part of their trip to work begins immediately when they arrive. First there's the employee parking lot. Like much of the facility, it's flooded.

Fort Calhoun is one of two Nebraska nuclear power plants under threat from severe flooding. The plant has been kept offline since April and will likely remain inactive until floodwaters subside. But workers must show up to help cool spent-radioactive fuel at the facility.

Their work conditions are tough. Floodwaters are 2 feet higher than the ground floor of the plant. It's only through a system of berms, flood gates and towering sandbag walls that workers at Fort Calhoun have avoided being swamped. Read the latest news about flooding in Nebraska.

But the same barriers that keep the water out also keep everything else out, too. So how are the hundreds of employees getting to work every day? A long catwalk carries workers over the berms and floodwaters to the plant, according to Jeffrey Hanson, a spokesman for the Omaha Public Power District, which operates the plant.

Using the catwalk, workers leave dry land and walk over flooded outer buildings not deemed important enough to save from the rising water. The system of bridges is the only way to get out to the main plant. The plant's reactor and volatile spent-fuel will be kept away from the water, plant operators said, no matter how many sandbags have to be stacked.

See how some are comparing Nebraska's nuclear plant situation to that of the recent troubles at a Japanese power plant.