While a small majority of Americans are in favor of the immigration bill currently before the U.S. Senate, according to a new national poll the old and young don't see eye to eye on the issue.

And a CNN/ORC International survey also indicates that more than six in ten say border security rather than a pathway to citizenship for undocumented immigrants should be the bigger priority.

The poll's Tuesday morning release comes as a bill backed by the bipartisan 'Gang of Eight' senators faces more legislative hurdles. The measure would offer a 13-year path to eventual citizenship for the 11 million undocumented immigrants currently living in the country. If the legislation passes through the Democratic Senate, it would face an uncertain future in the Republican dominated House of Representatives. 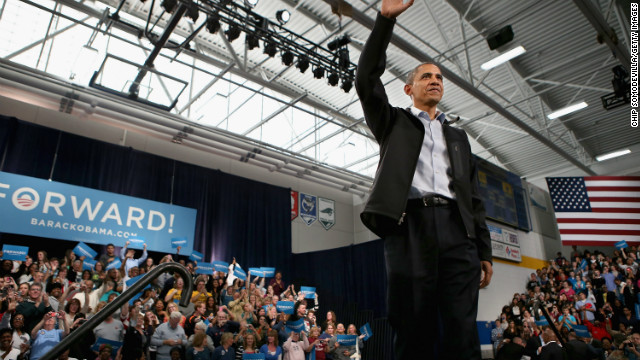 Mitt Romney's showing in six states was not a super one for the Republican presidential hopeful, who failed to produce the convincing wins needed to demonstrate his ability to generate support among diehard conservatives.

It was best illustrated by Romney's big Super Tuesday win in the bellwether state of Ohio, where he eked out a win over Rick Santorum, after failing to attract strong support from tea party conservatives and evangelical conservatives.

The issue dogs Romney as he heads into the Kansas caucuses on Saturday, and primaries in Mississippi and Alabama on March 13. Former House Speaker Newt Gingrich and Santorum are focusing on races in those conservative states in their battle to become the lone right-wing challenger to the more moderate Romney.

"He still has a problem with the base," said Ari Fleischer, a CNN contributor who was press secretary for President George W. Bush. "That base problem may make him attractive to independents if he gets to a general" election, but can work against Romney in the primary season.

Romney won his home state of Massachusetts as well as Ohio, Idaho, Vermont, Virginia and Alaska, while Santorum took North Dakota, Oklahoma and Tennessee, according to unofficial tallies.

Gingrich grabbed a vital triumph in his home state of Georgia, while Texas Rep. Ron Paul failed to win in any of the states up for grabs.

The Super Tuesday contests in 10 states put 419 delegates up for grabs.

More than delegates at stake in Arizona, Michigan primaries

n an election cycle that's seen more than its fair share of ups and downs, crucial primaries Tuesday in Arizona and especially Michigan could add a lot more drama to the race for the Republican presidential nomination.

Fifty-nine delegates are up for grabs when both states vote. But much more than that, momentum that could alter the state of the race is at stake.

Romney was born in Michigan and his father served as governor of the state in the 1960s. Many political pundits say losing the state could seriously sting Romney's bid for the nomination.

The most recent polls indicate it's all tied up in Michigan between the former Massachusetts governor and his top rival, former Sen. Rick Santorum of Pennsylvania.

Santorum's trifecta halts front-runner Mitt Romney's momentum after the former Massachusetts governor had won the previous two contests and three of the first five prior to Tuesday.

Seventy delegates and a whole lot of momentum: That's what's at stake Tuesday when three states hold contests in the race for the Republican presidential nomination.

It's the first day so far this cycle with multiple contests and with a total of 70 delegates up for grabs in caucuses in Colorado and Minnesota, it's the largest haul yet in the race for the White House. While the two states won't officially award delegates Tuesday night (that will happen down the road at district and state conventions), the news media, including CNN, will use them to keep track of unofficial delegate counts.

Coming just days after big victories in Florida and Nevada for Mitt Romney, the two caucuses and a nonbinding primary in Missouri, where Newt Gingrich isn't on the ballot, offer Rick Santorum and Ron Paul opportunities to win delegates and grab some momentum.

For Romney, who's making his second bid for the GOP nomination, a sweep of the three contests would make the former Massachusetts governor's bid for the nomination seem even more unstoppable than it already feels to many.

Romney's campaign appears to see its best chance of victory in Colorado. He canceled stops in Minnesota scheduled for Monday to concentrate on Colorado, where he'll spend caucus night. Romney, who won big in the state's 2008 caucuses, has been working Colorado since last summer and arguably has the strongest structure in the state. 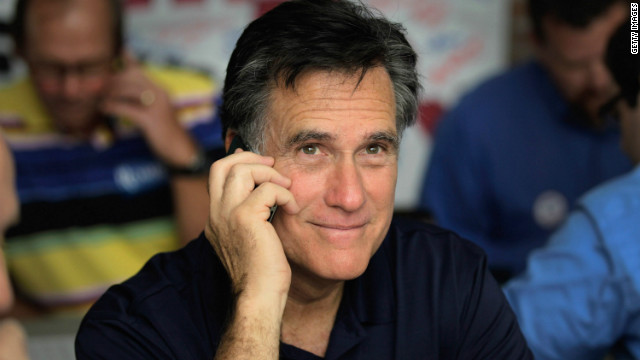 With 60% of polling places reporting, Romney had 48% of the vote, with former House Speaker Newt Gingrich getting 31%. Former Sen. Rick Santorum of Pennsylvania had 13%, and U.S. Rep. Ron Paul of Texas had 7%.

All of the state's polls were closed at 8 p.m. ET. CNN made its projection based on early returns and results of exit polls.

The Nevada caucuses are next, scheduled for Saturday. 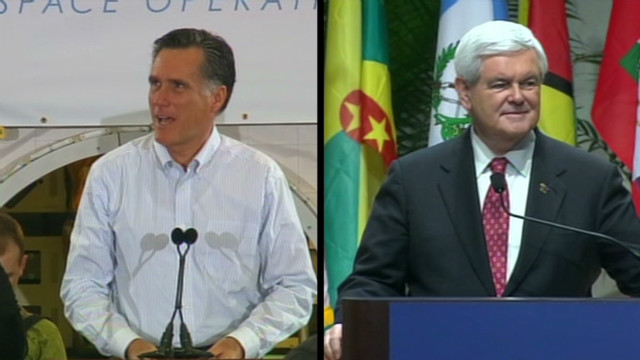 Polls were open across Florida on Tuesday for voters who were not among the more than 632,000 who had already cast absentee or early ballots as of Monday. The winner walks away with Florida's 50 delegates - the largest haul so far in the primary and caucus calendar.

With three different winners in the three contests so far, Florida could be the state to put one of the four remaining major GOP candidates firmly into the front-runner position.

"I think the winner of Florida is in all likelihood going to be the nominee of our party," Florida Republican Sen. Marco Rubio told CNN Tuesday. "Florida is a mini America."

In the final Florida poll of likely GOP primary voters, released Tuesday by the American Research Group, former Massachusetts Gov. Mitt Romney had a 12-point lead over former House Speaker Newt Gingrich, with former Sen. Rick Santorum of Pennsylvania and Rep. Ron Paul of Texas far behind. The poll, conducted Sunday and Monday, has a margin of error of four percentage points.

Will Florida determine a GOP front-runner?

With three different winners in the three contests so far, Florida could finally be the state to put one of the four remaining major GOP candidates firmly into the front-runner position.

At stake in Florida's Tuesday primary: 50 delegates, the largest haul so far in the primary and caucus calendar.

Five surveys of those likely to vote in the primary conducted between Saturday night and Monday afternoon all indicated that Romney held a double-digit lead over former House Speaker Newt Gingrich, with former Sen. Rick Santorum of Pennsylvania and Rep. Ron Paul of Texas far behind.

"The GOP contest may end in Florida, but that doesn't mean it will be over," said Alex Castellanos, a GOP strategist and CNN contributor. "With a win, Romney puts the nomination firmly in his grip. But it appears Gingrich and Santorum will keep trying to rip it from his hand."

"Romney's relentless and disciplined effort should get more credit," added Castellanos, who was a top media adviser for Romney's 2008 nomination bid but who is not taking sides this cycle. "No long passes, just three yards a play and a cloud of dust. But with a win on Tuesday, he'll have gotten the nomination the old-fashioned way: He'll have earned it."

No holiday break for candidates as Iowa caucuses near

It may be New Year's Eve weekend, but with the Iowa caucuses closing in, there will be no holiday for all but one of the Republican presidential candidates.

Rep. Ron Paul is heading home to Texas to spend the holiday with his wife. But his campaign said the congressman will be back on the trail Monday morning.

Tuesday's Iowa caucus kicks off the primary and caucus calendar.

Paul, who's making his third run for president, has seen his poll numbers in Iowa rise over the past couple of weeks. In the latest surveys of likely GOP caucus-goers, Paul is battling former Massachusetts Gov. Mitt Romney for the top spot in the field of candidates.

With his jump in polls, Paul has come under increased attack from the other candidates and from some conservative groups, who call his views on foreign policy dangerous.

Romney, the other front-runner in Iowa, returns to the state from New Hampshire on Saturday and will campaign there through caucus day.

The other candidates have a full calendar as well.