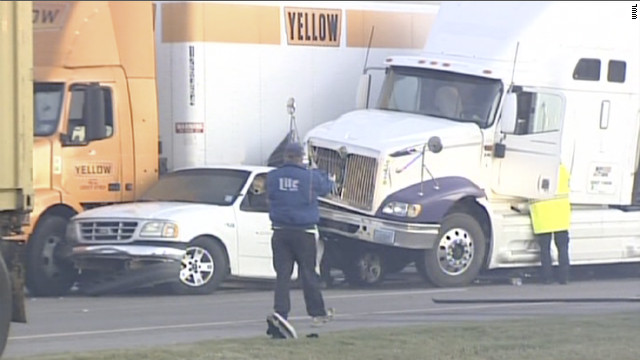 These vehicles were part of the wreck in eastern New Orleans on Thursday morning.
December 29th, 2011
09:49 AM ET

[Updated at 10:33 a.m. ET] Two people were killed and more than 50 others injured Thursday in a 40-vehicle pileup that shut down Interstate 10 in eastern New Orleans, authorities said.

Both eastbound and westbound lanes were closed following the crashes, which began about 4 a.m. local time (5 a.m. ET), said Garry Flot, New Orleans police spokesman. It was unknown how long the interstate would be closed, he said.

Twenty-two people were transported to hospitals with minor to critical injuries. Another 37 complained of minor injuries at the scene but refused medical care, Flot said.

One firefighter suffered a cut on his face while performing his duties at the scene, Flot said. He was taken to a local hospital for stitches.

WWL: Two killed in I-10 wreck in New Orleans

Rescuers on Wednesday reached three miners trapped in an eastern Tennessee zinc mine after a fire, and were bringing them to the surface, a fire rescue spokesman said.

They should all be out by 5 p.m. ET, said Capt. Sammy Solomon of New Market Fire Rescue.

The miners were trapped by smoke after a rig fire broke out 800 feet underground Wednesday at the Young Mine in New Market, Solomon said. They were among 54 miners in the mine at the time. The others managed to get out, though two were transported to a local hospital to be treated for smoke inhalation. 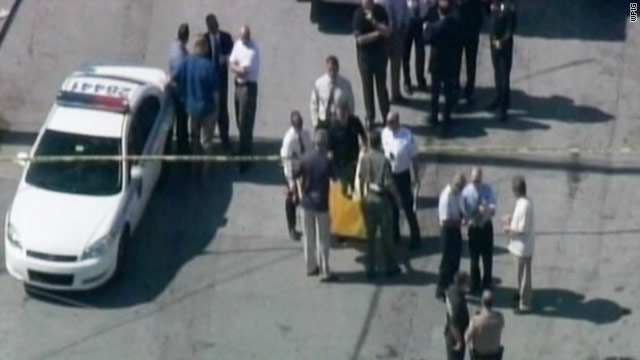 Officers at a crime scene in Miami where two cops were shot while trying to serve a warrant.
January 20th, 2011
01:24 PM ET

[Updated at 1:24 p.m.] A second officer has died in Miami following a shoot-out with a suspect wanted on a homicide warrant, Miami-Dade County Mayor Carlos Alvarez said Thursday.

There were conflicting reports regarding the shooting of two officers who were trying to serve a warrant in Miami, Florida Thursday.

Earlier, an official said both officers had been killed.

At least one person suspected of shooting the officers was also killed by police, the official said.

A third officer was wounded and was in stable condition in a hospital, the official said.

The slain officers were with the Miami-Dade Police Department.