British armed forces forcibly boarded and took control of an oil tanker in the English Channel after reports of a sātwitter.com/i/web/status/1ā¦fm

With nine days to go before the election, the number of early votes cast ā more than 58.7 million ā has already ptwitter.com/i/web/status/1ā¦pJnYkQ

Wilton Gregory of Washington, DC -- the only Black US archbishop -- is tapped as one of 13 to be elevated by the Poātwitter.com/i/web/status/1ā¦UW

Nancy Pelosi says that she would seek another term as Speaker of the US House of Representatives if Democrats keepātwitter.com/i/web/status/1ā¦6e 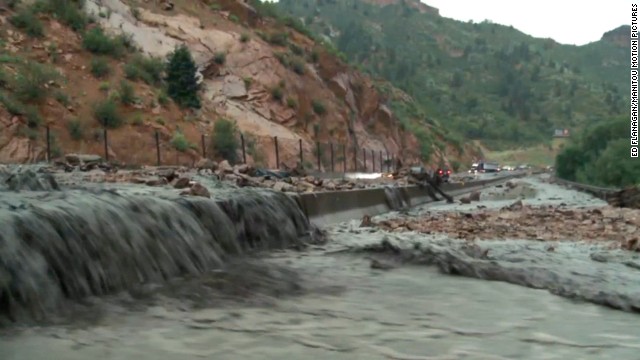 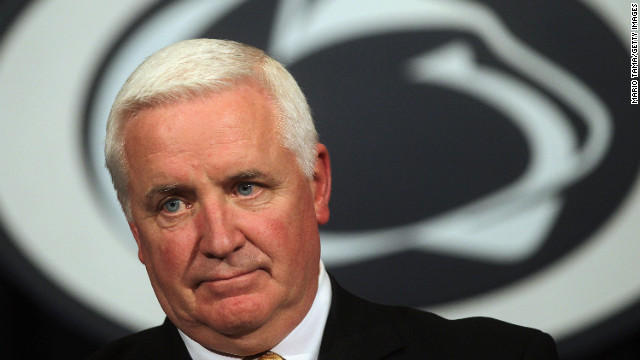 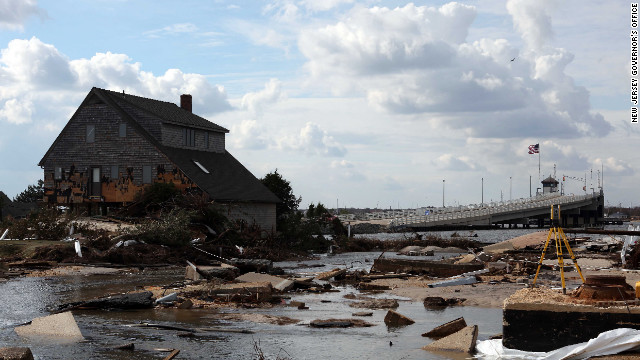 One week after Sandy devastated many seaside communities in northern New Jersey, one of them is telling some of its residents to evacuate yet again - this time because of Ā a new storm.

END_OF_DOCUMENT_TOKEN_TO_BE_REPLACED

'All clear' given at Canadian Embassy in Washington

[Updated at 10:50 a.m. ET] People are being allowed back into the Canadian Embassy in Washington after police have given the "all clear" after a report of a suspicious package inside. END_OF_DOCUMENT_TOKEN_TO_BE_REPLACED

A prison guard was killed and several employees injured Sunday in a riot at the Adams County Correctional Facility in Natchez, Mississippi, officials said.

The riot, which began about 2:40 p.m., was ongoing Sunday night, the facility said in a statement. Local and state law enforcement officials as well as authorities from the Federal Bureau of Prisons were helping the facility quell the violence.

"The disturbance is contained within the secure perimeter of the facility, with no threat to public safety," the statement said.

Five employees and one inmate were taken to a hospital for treatment of unspecified injuries, while additional staff members were being treated at the prison.

The cause of the incident is under investigation.

Linguists name 'occupy' as 2011's word of the year

The linguists have spoken and they have decided - "Occupy" is 2011's word of the year.

Members of the American Dialect Society came out in record numbers to vote Friday night at the organization's annual conference, held this year in Portland, Oregon.

"Occupy" won a runoff vote by a whopping majority, earning more votes than "FOMO" (an acronym for "Fear of Missing Out," describing anxiety over being inundated by the information on social media) and "the 99%," (those held to be at a financial or political disadvantage to the top moneymakers, the one-percenters).

"It's a very old word, but over the course of just a few months it took on another life and moved in new and unexpected directions, thanks to a national and global movement," Ben Zimmer, chair of the New Words Committee for the American Dialect Society, said in a statement.

The Occupy Wall Street movement began in September in Lower Manhattan, before spreading to communities around the country and the world as a call to action against unequal distribution of wealth and other issues.

Founded in 1889, the American Dialect Society is made up of "academics, linguists, anyone involved in the specialization of language," according to Grant Barrett, the society's vice president.

Barrett, who also co-hosts "A Way with Words," a public radio program about language, said the annual conference provides an opportunity for linguistics professionals and graduate students to share information and research.

But Barrett says the word of the year vote, now in its 22nd year is, "light-hearted and whimsical."

Nominations for the word of the year are submitted by society members in attendance at the annual conference, but can also be submitted by the community at large.

"Occupy" may have taken top honors, but several other words and phrases received recognition.

"Mellencamp," a woman who has aged out of being a "cougar" (after John Cougar Mellencamp), and "kardash," a unit of measurement consisting of 72 days, after the short-lived marriage of Kim Kardashian and Kris Humphries, were both recognized in the "Most Creative" category.

Barrett said many of the nominated words that have significance now likely won't stand the test of time.

Police in Richmond, Virginia, issued an Amber Alert on Saturday for a 2-year-old girl who was in a car a shooting suspect allegedly used to flee the scene of a double homicide.

The shooting occurred during a home invasion, Richmond police spokesman Linwood Harris said. The suspect then left the scene in a car idling nearby, according to CNN's Richmond affiliate WWBT. The toddler was inside the car, Harris said.

The identities of the shooting victims were not released and it was not immediately known what relation, if any, they had to the missing girl.

Trump was the first US President to deploy the term "fake news" against his opponents. And over the last 4 years, hātwitter.com/i/web/status/1ā¦W0
cnni

9:26 pm ET October 25, 2020 RETWEET
In recent years, India has strengthened its laws on child labor, but in the past six months -- with Covid-19 takingātwitter.com/i/web/status/1ā¦Pb
cnni

8:31 pm ET October 25, 2020 RETWEET
"He likes to act tough and talk tough. He thinks scowling and being mean is tough," Obama said. "But when '60 Minutātwitter.com/i/web/status/1ā¦QV
cnni