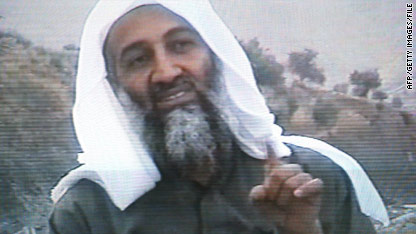 A European intelligence official has disclosed new information about the hunt for Osama bin Laden.

Western intelligence agencies were able to form a detailed picture of Osama bin Ladenâ€™s movements in the years after 9/11; and came closer to capturing or killing him than has so far been acknowledged, a former European intelligence official has disclosed.

The former official, who declined to be identified, told CNN that in 2003 and 2004 an informant in the Afghanistan-Pakistan border region with close connections to Al Qaedaâ€™s top leadership provided a stream of reliable information on bin Ladenâ€™s movements. But the information was never quite fresh enough for Western intelligence agencies to target Al Qaedaâ€™s leader.

Nearly nine years ago, bin Laden and others in the al Qaeda leadership escaped as its last haven among the caves and mountains of Tora Bora â€“ close to the border with Pakistan - came under withering U.S. air attacks. Despite being the worldâ€™s most sought after fugitive, to date very little has been reliably reported about his movements beyond a consensus that he is now likely hiding somewhere in the tribal areas of Pakistan.

The former official said that in the period after Osama bin Laden left Tora Bora, under pressure and on the run, he and his lieutenants were little able to communicate with each other. But gradually, al Qaeda restored its communications and was able to resume meetings.

END_OF_DOCUMENT_TOKEN_TO_BE_REPLACED

2:36 am ET November 30, 2021 RETWEET
When Mick Sturla left for vacation to South Africa, he had no idea his eight-day stay at a safari lodge would turnâ€twitter.com/i/web/status/1â€¦My
cnni