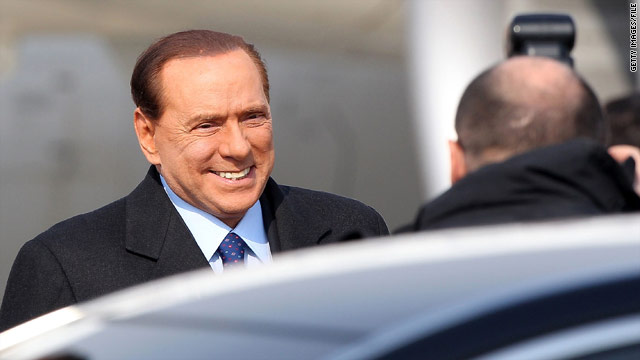 The partying lifestyle of Italian Prime Minister Silvio Berlusconi had left him "a complete mess" by the fall of 2009, according to a Berlusconi confidant quoted in a U.S. diplomatic cable.

The leaked cable was sent by Ambassador David Thorne on October 27, 2009, and suggested "a growing list of scandals, adverse court decisions and health issues have weakened him; and led some erstwhile Berlusconi allies to begin hedging their bets on his political longevity."

The cable quoted a senior Italian offcial as saying that Berlusconi was "physically and politically weak." And it said that a longtime Berlusconi friend, Giampiero Cantoni, had told a U.S. diplomat that, "We are all worried about his health" and that his recent medical tests had come back "a complete mess."

The cable continues: "Cantoni said Berlusconi's frequent late nights and penchant for partying hard mean he does not get sufficient rest. (Note: Berlusconi dozed off briefly during the Ambassador's initial courtesy call in September and looked distracted and tired at an October 19 event attended by the Ambassador. End note.)"

Cantoni is also quoted in the cable as saying that Berlusconi was "overwhelmed with private concerns," including a bitter divorce from his wife Veronica Lario, who had published an open letter months earlier accusing the 74-year old PM of consorting with minors. Berlusconi denied any improper behavior.