At least 6 people have been killed and two dozen injured in a shooting at a Fourth of July parade in a Chicago subu‚Ätwitter.com/i/web/status/1‚Ä¶PE 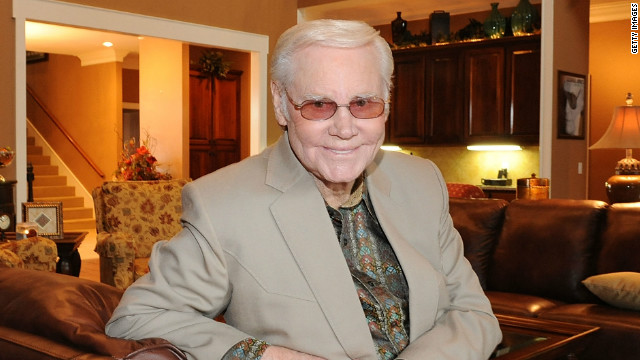 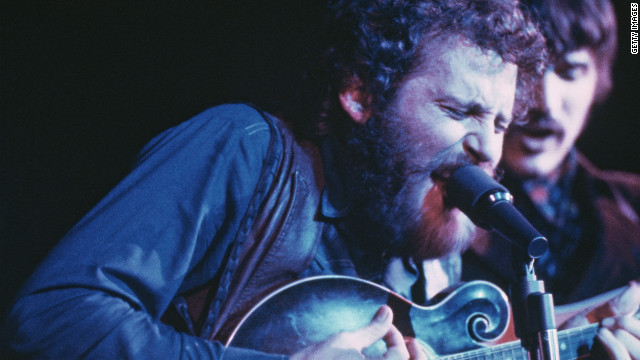 Levon Helm, co-founder of The Band, dead at 71

Levon Helm, the drummer, multi-instrumentalist and singer for The Band who kept the band's heart for more than three decades, died "peacefully" Thursday afternoon, according to his record label, Vanguard Records. He was 71.

"He was surrounded by family, friends and band mates and will be remembered by all he touched as a brilliant musician and a beautiful soul," the record label's statement said. 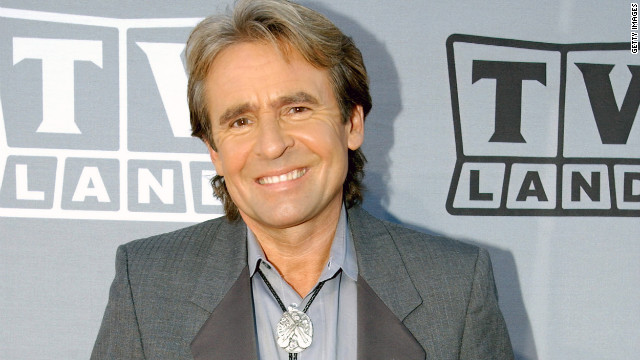 The Monkees' Davy Jones dead at 66

[Updated at 2:55 p.m. ET]¬† Davy Jones, whose charming grin and British accent won the hearts of millions of fans on the 1960s television series "The Monkees," died Wednesday, according to the Martin County, Florida, sheriff's office. He was 66.

A witness told authorities he was with Jones in Indiantown, Florida, when Jones "began to complain of not feeling well and having trouble breathing," the sheriff's office said in a statement.

Jones was transported to a hospital, where he was pronounced dead, authorities said. 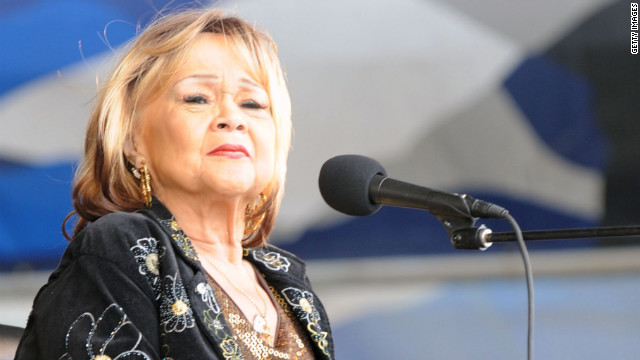 Etta James, whose assertive, earthy voice lit up such hits as "The Wallflower," "Something's Got a Hold on Me" and the wedding favorite "At Last," has died, according to her longtime friend and manager, Lupe De Leon. She was 73.

She died from complications from leukemia with her husband, Artis Mills, and her sons by her side, De Leon said.

She was diagnosed with leukemia in 2010, and also suffered from dementia and hepatitis C. James died at a hospital in Riverside, California. She would have turned 74 Wednesday.

" This is a tremendous loss for the family, her friends and fans around the world," De Leon said. "She was a true original who could sing it all -¬†her music defied category.

"I worked with Etta for over 30 years. She was my friend and I will miss her always."

The Tampa Bay Rays and St. Louis Cardinals won wild card berths in the playoffs after dramatic victories Wednesday thanks to some major-league choking.

Trailing 7-0 to the American League East champion New York Yankees in St. Petersburg, Florida, the Rays launched an astonishing comeback to win in the 12th inning.¬†The Rays' victory capped a remarkable turnaround, with the Florida-based team having been nine games behind the Red Sox on September 3.

Naturally, the teams' massive letdowns led to a large discussion of the biggest chokes in history. It'd be easy to count down the biggest ones in sports history (ahem, Bill Buckner), so instead, we're taking a look at pop culture and business to bring you the products and companies that put a whole lot of hype behind something, only for it to massively fail.

Let us know what other¬†cultural and business¬†"chokes" we may have missed in the comments below.

It has long been the epitome of a total marketing fail. On April 23, 1985, after some apparently insanely misleading taste tests, Coca-Cola trotted out a new formula for its tried-and-true flagship soft drink. It had been 99 years since Coca-Cola had tampered with the recipe, and the company quickly learned to appreciate the ‚Äúif-it-ain‚Äôt-broke‚ÄĚ adage.

By June, the soft drink king was receiving 1,500 outraged calls a day. Even Coca-Cola had trouble completely spinning it to its advantage, saying consumers ‚Äúhad a deep emotional attachment to the original, and they begged and pleaded to get it back.‚ÄĚ The company relented on July 10 ‚Äď that‚Äôs 78 days later, folks ‚Äď and presented Coca-Cola Classic ‚Äď i.e. the original formula ‚Äď to the delight of millions. New Coke was left to the cult following of Max Headroom.

And now, you can see Pepsi's brilliant commercial rebuttal.

END_OF_DOCUMENT_TOKEN_TO_BE_REPLACED 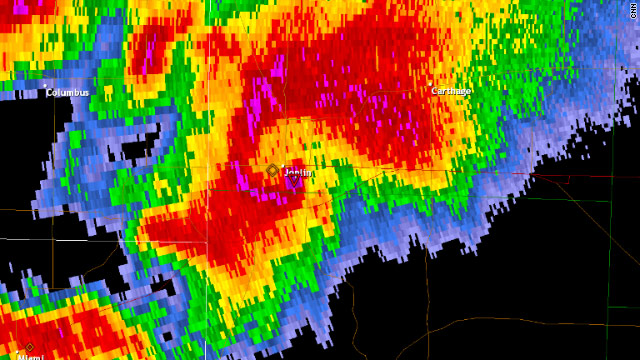 When Gene Hatch reported to work at the National Weather Service‚Äôs Springfield, Missouri, office on Sunday afternoon, he knew it was going to be bad.

The national Storm Prediction Center in Norman, Oklahoma, had updated its forecast for southwest Missouri from a slight risk to a moderate risk of severe weather - meaning a stronger possibility of thunderstorms, hail and tornadoes.

The storm eventually produced the deadliest tornado in recorded U.S. history ‚Äď destroying much of Joplin, Missouri, killing at least 132 people and leaving 156 people missing or unaccounted for.

Hatch, a meteorologist at the Springfield office since 1999, was one of two radar operators on duty that day. He remembers watching as the tornado formed and passed over Joplin. He knew immediately it had been destructive.

‚ÄúOne of the things you can kind of see on radar is what‚Äôs called a ‚Äėdebris ball,‚Äô where the actual reflectivity patterns on the radar will actually begin to show the debris that‚Äôs being lofted by the tornado.

‚ÄúIt looks like a little ball on the tail end of the hook,‚ÄĚ he said. ‚ÄúAnd that was fairly evident fairly quickly as the storm moved through Joplin.‚ÄĚ

END_OF_DOCUMENT_TOKEN_TO_BE_REPLACED 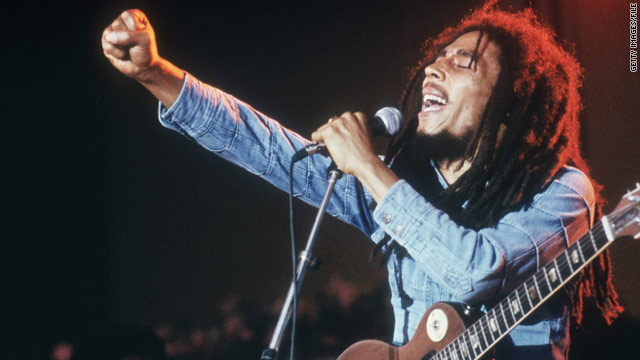 The reggae star may have died 30 years ago Wednesday, but his music - and impact - are inescapable. ‚ÄúLegend,‚ÄĚ the best-of compilation his label, Island Records, originally released in 1984, is among the best-selling albums of all time, with a ‚ÄúDiamond‚ÄĚ certification (more than 10 million sold) from the Recording Industry Association of America, more than 1,000 weeks on Billboard‚Äôs catalog chart and a listing as No. 46 on Rolling Stone‚Äôs list of the 500 greatest albums of all time.

Kevin Macdonald, director of ‚ÄúThe Last King of Scotland‚ÄĚ and the Oscar-winning ‚ÄúOne Day in September,‚ÄĚ is preparing a documentary on the Jamaican musician.

"He's gone beyond being a famous musician, he's now a philosopher and prophet," he told the BBC last month.¬† A portion of Macdonald‚Äôs film, ‚ÄúMarley,‚ÄĚ is scheduled to screen at the Cannes Film Festival on Wednesday.

And, of course, there‚Äôs the endless Marley paraphernalia visible on any college campus: posters, shirts, hats and, well, materiel related to the cannabis plant of which Marley was known to partake.

What was it about this son of a white plantation overseer and Afro-Jamaican woman who continues to inspire three decades after his death at age 36 from a rare form of cancer? Why is Marley the popular face of reggae instead of ‚ÄúIsraelites‚ÄĚ hitmaker Desmond Dekker, ‚ÄúThe Harder They Come‚ÄĚ star Jimmy Cliff or pioneering producer Lee ‚ÄúScratch‚ÄĚ Perry?

END_OF_DOCUMENT_TOKEN_TO_BE_REPLACED

According to a press release sent out by the cable network (which, like CNN, is a unit of Time Warner), the comedian is joining TBS to host a late-night show that is expected to debut in November. O'Brien's show will be followed on TBS' schedule by George Lopez's "Lopez Tonight," which will move to midnight.