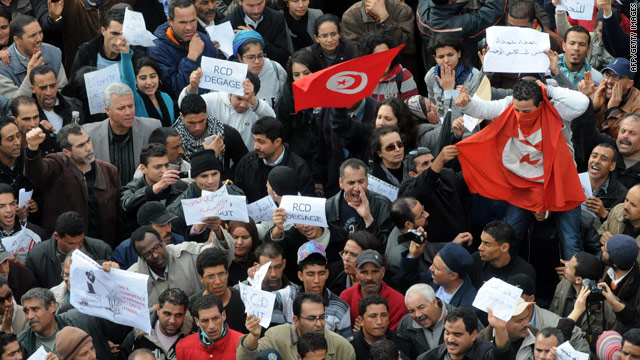 Protesters angered over living conditions and government corruption staged a noisy but peaceful rally in Tunisia's capital Wednesday, and an Arab League official said the unrest illustrates "the greatsocial shakes that are inflicting Arab societies."

"It is on everybody's mind that the Arab spirit is broken. The Arab spirit is down by poverty, unemployment, and the general decline in the real indicators of development," Amr Moussa, secretary-general of the Arab League said at an economic summit in Sharm el-Sheikh, Egypt.

In Tunis, crowds of people tramped down Avenue Habib Bourguiba, singing the country's national anthem and chanting against the former ruling party and the former president, who fled the country last week amid the countrywide grass-roots uprising.