Georgia teen Kendrick Johnson, who was found dead in a rolled-up gym mat at his high school in January, died as the result of "unexplained, apparent non-accidental, blunt force trauma," according to a newly released, independent autopsy report.

The report, obtained exclusively Tuesday by CNN, directly contradicts the finding of an autopsy conducted by the Georgia Bureau of Investigation that determined that Johnson's death was the result of positional asphyxia. The Lowndes County Sheriff's Office determined that his death was accidental.

Johnson, 17 and an athlete, was found January 11 headfirst in a rolled wrestling mat at a Lowndes County High School gym in Valdosta, Georgia.

Inconsistencies in official reports on the condition of Kendrick's body have led the family and community to question the official cause of his death. 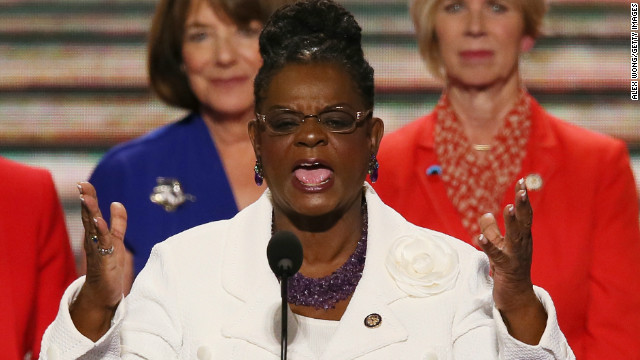 A representative disappointed that the old Congress didn‚Äôt renew the Violence Against Women Act before disbanding says she‚Äôs hopeful that the new Congress - with more female and Democrat members - will get it done.

‚ÄúThere are more women (two) in the Senate. There‚Äôs a greater number of Democrats (eight) in the House (than last Congress). We‚Äôre going to keep working at this,‚Äù U.S. Rep. Gwen Moore, D-Wisconsin, told ‚ÄúCNN Newsroom‚Äù on Friday morning. ‚ÄúWe just cannot have the male-dominated House of Representatives stop support and help and protection for women.‚Äù

The Democratic-controlled Senate had voted to renew the act with an addition: giving tribal authorities new power to prosecute offenses by non-Indians on tribal lands. The Republican-controlled House passed a bill without this power. Talks to reconcile the versions failed, and lawmakers will have to start over in the 113th Congress, which began Thursday.

Only six Democrats supported the House version that omitted the new tribal authority.

‚ÄúIt‚Äôs a shame we‚Äôre at this point, because ‚Ä¶ this bill had some very, very hard times getting through the Senate committee structure,‚Äù Moore said.

More on the Violence Against Women Act

Meet the 113th Congress: More diverse than ever