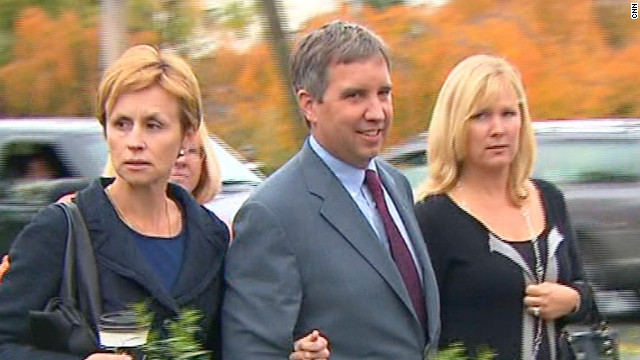 Douglas Kennedy, shown in an image from earlier this year, was accused of twisting a nurse's arm and kicking another in January.
November 20th, 2012
03:47 PM ET

Douglas Kennedy, the son of the late Sen. Robert F. Kennedy, was acquitted Tuesday of harassment and child endangerment charges.

Kennedy had been accused of twisting a nurse's arm and kicking another in January as he tried to leave the maternity ward of a suburban New York City hospital with his newborn son.

The incident was captured by a security camera at Northern Westchester Hospital in Mount Kisco, about 40 miles north of New York City.

In their ongoing quest to raise a chick, a couple of male penguins that rose to viral fame last year for stealing a‚Ätwitter.com/i/web/status/1‚Ä¶Fa
cnni

11:20 pm ET October 27, 2020 RETWEET
"Kim and his advisers know how to grab America's attention. ... A Biden administration, or Trump during a second te‚Ätwitter.com/i/web/status/1‚Ä¶MX
cnni

11:08 pm ET October 27, 2020 RETWEET
At least three people have died, including children, after a boat capsized in French waters while trying to reach t‚Ätwitter.com/i/web/status/1‚Ä¶wc
cnni