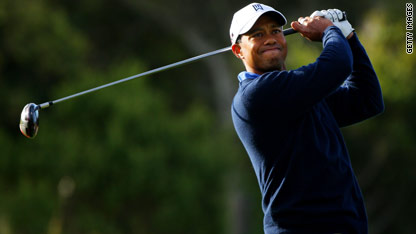 U.S. Open watchers are going to be looking for which version of Tiger Woods will show up at the tournament.

There are several intriguing questions as the year's second major starts Pebble Beach on Thursday, but no questions are more central to this championship than the ones hanging over the game's top two players.

Phil Mickelson has never won a U.S. Open but has finished second five times. Is he fated to end his career without the trophy, as Sam Snead did? Does Mickelson lack some secret combination of fortitude and self-restraint? And will he ever take over Tiger's No. 1 ranking?

More vexing still: Where is the Tiger Woods who dominated the game like none other in 2000? Every so often, as he did with a stinger 2-iron during Wednesdayâ€™s practice round, he resurfaces, reminding us of that magical year when he won the U.S. Open at Pebble by 15 shots, but what a difference a decade makes.