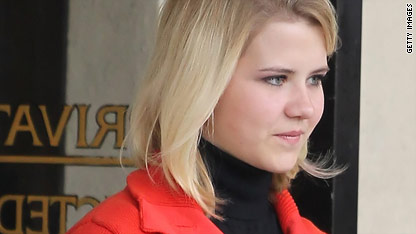 Elizabeth Smart has testified she was raped and tied to a tree during her captivity.

Ten witnesses testified during the government’s case, including Smart, 23, who testified for three days about the ordeal. Brian David Mitchell faces life in prison if he is convicted of kidnapping and transporting a minor across state lines for sexual purposes.

Smart was 14 when she was taken at knifepoint from her bed early on June 5, 2002. She testified that she was led to a primitive mountainside camp, “sealed” in marriage to her captor, raped and tethered between two trees “like an animal.”

She was freed on March 12, 2003, as she, Mitchell and his wife, Wanda Barzee, returned from a winter trip to California.