¬ÝRescuers searched for dozens of people feared missing at sea when a boat carrying as many as 100 migrants ran into trouble overnight, Italian officials said Friday.

At least 56 people have been rescued so far - some from the sea and others from the small island of Lampione, said Filippo Marini, a coast guard commander. They are believed to be Tunisians, he said.

At least one body has been found, said Capt. Davide Miserandino of Italy's finance police, which is helping in the search.

Survivors picked up during the night reported that there were about 100 people on board, said Laura Boldrini, head of the U.N. refugee agency in Italy. 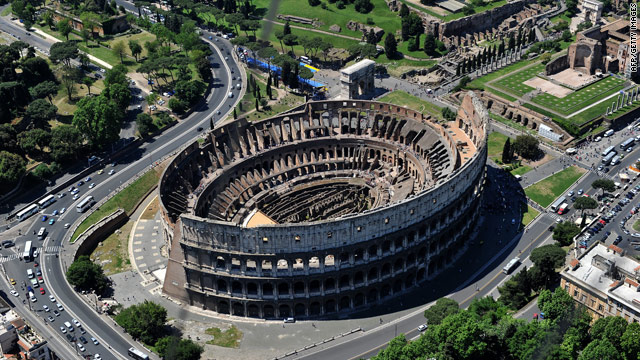 Romans let out a sigh of relief Wednesday morning.

Everything was still in place: buildings, famous ancient ruins, schools and homes.

In recent months, concerns of a possible earthquake that was going to destroy the "Eternal City" spread on the Web. It all started with the misinterpretation of the theory of Raffaele Bendandi, a seismologist who died in 1979 who claimed a major quake would take place on May 11, 2011. After the Japanese earthquake, concern turned to anxiety.

And with the best view of the planets clustering before sunrise Wednesday, it caused further panic.

In some areas of the city, nearly 50% of the shops where closed. On doors are quick handwritten notes: ‚ÄòClosed for inventory."

While several minor quakes rattled the country prone to temblors, none came like the one in the purported claim. Still, some residents fled, just in case.

END_OF_DOCUMENT_TOKEN_TO_BE_REPLACED

The UK's decision to wait up to 12 weeks before giving people their second dose of the Pfizer/BioNTech coronavirus‚Ätwitter.com/i/web/status/1‚Ä¶Yi
cnni

2:00 pm ET January 23, 2021 RETWEET
"I'm really sad to be out of the competition, congratulations to Southampton," manager Mikel Arteta, who led Arsena‚Ätwitter.com/i/web/status/1‚Ä¶K3
cnni