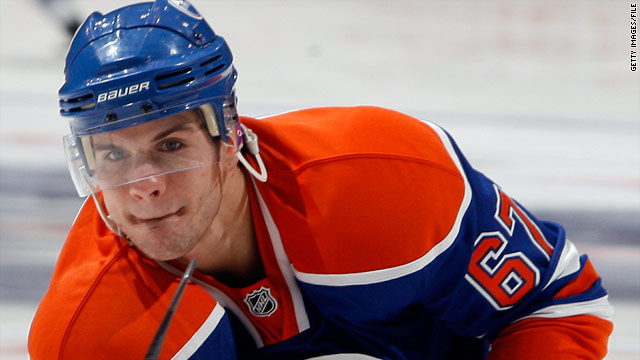 The center for the Edmonton Oilers hockey team was driving down a road in West Vancouver, British Columbia, on Tuesday during a rainstorm when he came across an unlikely hitchhiker: U2 frontman Bono.

Bono and his assistant were out for a walk when, according to numerous reports, it started to rain. They looked for a lift to a dry place, and Brule and his girlfriend answered the call.

"I like ice hockey, because people who play ice hockey are the kind of people who pick up hitchhikers," Bono told a concert crowd Wednesday in Edmonton, Alberta.

In the crowd were Brule and his girlfriend, who sold their tickets to Game 1 of the Stanley Cup Finals in Vancouver and jetted to Edmonton for the show, the CBC reported.