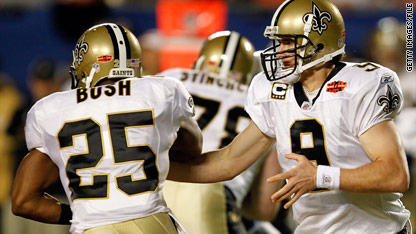 After generally coasting to the quarterfinals, Team USA will face more of a challenge in their match-up against Russian’s physically imposing squad at the FIBA World Championships today. The two teams are squaring off on the 38-year anniversary of Russian’s controversial victory against the United States at the 1972 Olympics.

But if Team TUA is going to avoid history repeating itself, they’re going to have to step up their free throw game, prep for Russia’s 2-3 zone and brace for a face-off with some really big boys. "Their average height is 6-8," USA coach Mike Krzyzewski said. "They'll be the biggest team that we've played against.

While Kevin Durant, Eric Gordon and Chauncey Billups have all had success shooting from behind the line, Russia has only allowed 28 percent shooting from the three-point range, posing a problem for Team USA. SI.com’s Chris Mannix thinks that in order for the U.S. to fend off Russia, it’ll need to re-orient itself to a climate not conducive to dropping threes on the opposition.

After Team USA’s 11 am game, there is plenty to keep your sports palates whet heading into this evening:

Vikings vs. Saints (8:30 p.m., ET, NBC) Regular season football has arrived as the Vikings and Saints will go head-to-head in the Superdome, pitting the 2009 Super Bowl champs against a team whose preseason was marked by Brett Favre speculation.

END_OF_DOCUMENT_TOKEN_TO_BE_REPLACED 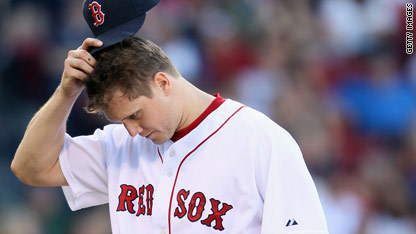 Jonathan Papelbon and the rest of the Red Sox are hoping they can bounce back with a win tonight.

Week 1 of college football season is in the can and fans couldn’t have asked for a better start. From Hail Mary finishes courtesy of Eastern Carolina’s Dominique Davis to North Carolina’s near comeback against LSU, the start of the regular season has sports fans gushing at the prospect of their favorite teams making it to their respective big show. But SI.com’s Stewart Mandel cautions fans to not get too hyped – or discouraged - by early season performance.

Sure, Notre Dame’s 23-12 victory over Purdue was a nice way for new Fighting Irish head coach Brian Kelly to come out of the gate, but with only one down and 11 more games to go there is plenty of time for Kelly and his team to keep moving full steam ahead or to fizzle out.

Sans 13 of the team’s best players, UNC looked to be a lost cause when they took the field in Atlanta against Les Miles and LSU. But despite missing key pieces of their roster, the team nearly came back in the fourth quarter, closing their 20-point deficit to 30-24. But can UNC keep the momentum going if the program continues to run into scandal? Early season storylines have grabbed our attention, but first impression can often be deceiving.

But today we give the college gridiron a break and turn our attention back to Coach K and boys and the Sox:

Team USA vs. Angola (11:00 am ET) – Kevin Durant, Chauncey Billups and Derrick Rose will face off against Angola at the FIBA Worlds. The winner will get two days off before meeting either Russia or New Zealand in the quarterfinals.

END_OF_DOCUMENT_TOKEN_TO_BE_REPLACED 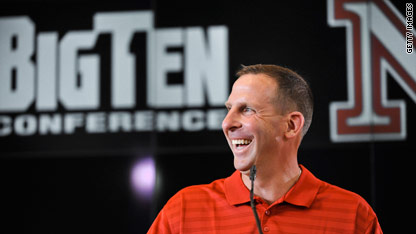 Ohio State and Michigan fans can breathe a sigh of relief that the teams' epic end of season battle remains in tact after the Big Ten unveiled its new divisional breakdowns Wednesday night. With a focus on competitive parity rather than geography, the conference opted to include Illinois, Indiana, Ohio State, Penn State, Purdue and Wisconsin in one division and Iowa, Michigan, Michigan State, Minnesota, Nebraska and Northwestern in another for the 2011-12 season.

While not everyone was happy about their new place in the Big Ten, particularly Wisconsin, SI.com's Stewart Mandel contends that the conference generally achieved its goals and maintained a healthy balance between promoting competitive fairness and maintaining traditional rivalries. But more than anything, the conference got one step closer to making the Big Ten Championship Game the season's marquee, be all and end all event.

But for college football fans, you won't have to wait much longer for the season to officially get underway as a batch of games are lined up for tonight, while tennis enthusiasts can bask in the glory of U.S. Open action.

U.S. Open: Second-round action in Flushing Meadows continues, as Caroline Wozniack and Maria Sharapova both take to the court.

END_OF_DOCUMENT_TOKEN_TO_BE_REPLACED 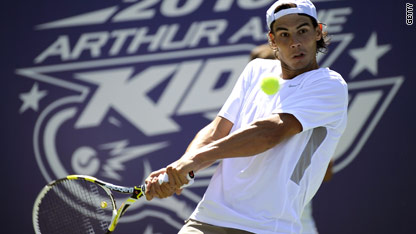 The world's toughest tennis tournament begins today in New York City. While the men's side features bellwethers Rafael Nadal and Roger Federer, the women's draw is wide open with Serena Williams and Justine Henin out with injuries. Denmark's Caroline Wozniacki is the tournament's top seed, despite never have won a major. S.I.com's Jon Wertheim breaks down the men's and women's seeds. Follow the action at the Open, all day viewing on a Monday that also features international basketball: